As of present, the Drents-Friese Wold is also included in the national system of cycle route junctions. You may find more information about South East Frisia, the routes and the cultural history (here). If you would like to plan your own route in Frisia and Drenthe, you can use the cycle route planner of the Fietsersbond. We have also laid out a culinary cycle route. The route uses the network of cycle route junctions and will take you past several locations where you can taste the flavours of the region. Various entrepreneurs will offer you a nice discount upon production of the leaflet (pdf, 932 kB) (a digital version is also valid).

There are about 50 kilometres of ATB routes in the Drents-Friese Wold. This route through the Drents-Friese Wold consists of two loops: the blue one close to Appelscha and the green one close to Smilde. This area is relatively flat, but every little rise is used to add some climbs to the course. The route does not only take you over the existing paths, but there are also a few specially constructed single tracks that wind between the trees. The route crosses and passes a wide variety of landscapes, such as dense forests, fens and moorland. The loop near Appelscha also takes you through a vast sand drift that adds some variation and some height differences.

Either of the loops can be accessed from the other loop through a linking path, which is indicated by a black symbol, just like the access paths. 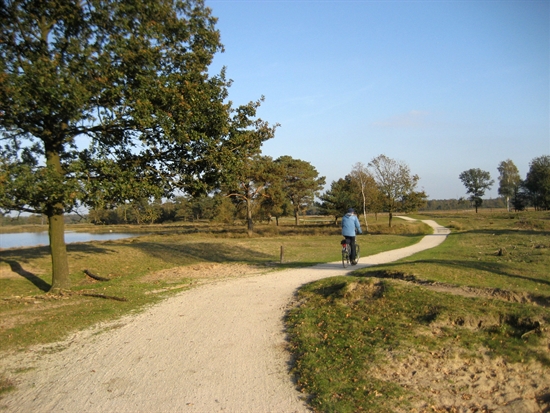